As the legal maneuvering begins in San Francisco over a ballot initiative that seeks to prohibit the non-medically necessary circumcision of minors there, a number of Jewish people opposed to the practice are stepping forward to weigh in on the circumcision question. Earlier this week, the Jewish Circumcision Resource Center of Boston, Massachusetts, or JCRC, (not to be confused with the Jewish Community Relations Counsel) released a Message to Jewish Americans that addressed questioning circumcision from a Jewish point of view.
“Our essential message is that all Jews do have a choice; we can be fully identified and affiliated as Jews, and fully engaged spiritually in a Jewish context, without circumcising our infants,” the statement says. “Our core principles are simple and unambiguous: infants are people; their bodies belong to them alone. Every person should have the right to make an informed decision about the removal or alteration of any normal, healthy, functioning body part when he or she is older.”

The Jewish Circumcision Resource Center of Boston, Mass. has issued a joint statement which in part addresses issues of ethnic insensitivity within the larger genital integrity movement. The Center was founded in the 1990s by Ronald Goldman, Ph.D. with the message that Jewish Americans have a choice about circumcision. Goldman is the author of two books, "Questioning Circumcision: A Jewish Perspective" and "Circumcision: The Hidden Trauma." The statement was signed by several individuals who have been longtime opponents of circumcision and are also Jewish. For more on the statement, click here.
at 6:57 AM No comments: 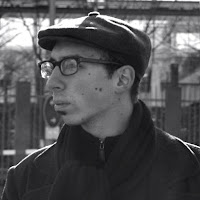 The practice of circumcision is something I've been aware of from a very young age. I grew up in Brooklyn, New York, and my family is Orthodox. I've witnessed many brisim. The blood-curdling screams. The actual blood. The pacifier dipped in wine to calm the baby. I never picked up on metzizah b'peh because I never got close enough to watch. A crowd of men always blocked the view of the circumcision from the rest of the congregants. I remember a few times when uncles, who were upfront watching, bolted for the door.

I've also been very much aware of my own circumcision from a young age. The unsightly scar around the shaft of my penis, halfway along its length. The discolored flesh above the scar which used to be the inside of my foreskin. The scar tissue where my frenulum used to attach to my glans. I’m Jewish, affiliated and opposed to circumcision. I can understand the thinking behind the proposed ban in San Francisco even though I believe such legislation would be a bad idea.
We now have clinical evidence that infants feel pain and are affected by it, and that the foreskin has a significant physiological function. These crucial facts — along with frequently ignored issues such as the surgical risks of circumcision and its effect on the parent-newborn bond — have yet to be incorporated into either medical or Jewish practice.
Halachah (Jewish law) evolves over time as new insights develop. In the talmudic era, for example, deaf people were classified with the mentally incompetent and weren’t even counted toward a minyan. We learned more, and Jewish practices changed accordingly.

Francis Kissling has written an excellent piece, “Circumcision and Change,” in her blog “On Faith,” that is part The Washington Post online. She states in part: “It may be time for Jews to look more closely at circumcision in the context of their own modern view of sexuality, gender and reproduction. Just as we now have Bat Mitzvahs as well as Bar Mitzvahs could not the entire ritual of circumcision be transformed to honor both boys and girls, to eliminate pain and move from the pelvic zone into a more spiritual and holistic understanding of our sexuality?” I do disagree with Kissling's assessment of the medical benefits of circumcision. Kissling is a catholic feminist and visiting scholar at the Center for Bioethics at the University of Pennsylvania. To read the full text of her post click here.
at 9:18 AM No comments: 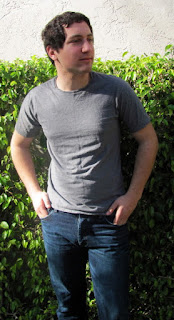 This is an email I sent to the mohel who performed my circumcision 21 years ago. My goal in sending this was to show him the perspective of someone who wished he hadn’t been circumcised, so that he would understand what his profession could do and maybe so he would question his continued participation in the field. I’ve chosen to publish this openly for two reasons: So that my friends and family can understand how I feel personally about my circumcision (rather than just my intellectual position on circumcision in the abstract), and so that anyone out there who is considering performing a circumcision or having one performed might change their minds.
Before I get to the email, a few notes:
The account includes personal descriptions involving my genitalia. While there is nothing graphically sexual and no pictures or anything, this may make some uncomfortable.
I’m well aware that my parents had a significant role to play in my circumcision as well. I do not mean this letter to be construed as faulting only Rabbi Henesch. I am still not sure how to discuss this topic with my parents, or even if I should considering that they will not be in the position to circumcise another boy in the future.
Read more »
at 11:30 PM 15 comments: