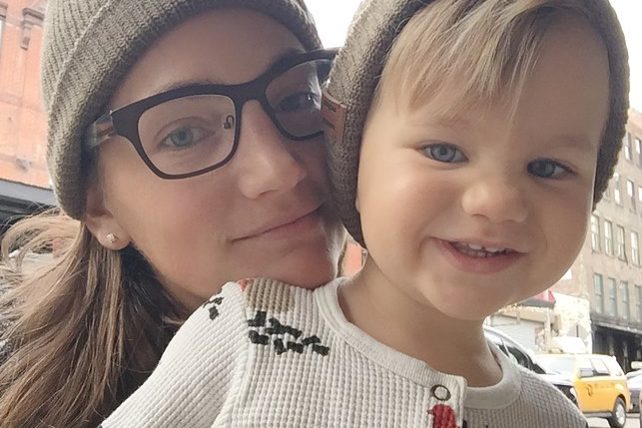 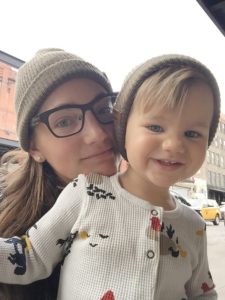 I’ve always been an extremely passionate person. When I was a kid my passions were sports and animals. If I did something, I did it with every inch of my being. I’m now a mother of three and, true to my personality, I have to be the best mother I have it in me to be.


When I was pregnant for the first time, my mom asked me if it was a boy can we plan a bris. I replied with “No” but that we could just do the baby naming part at home. She was a little concerned and asked if we would circumcise him. I let her know that I wanted it done in a hospital. I didn’t want to be stressed out or upset on the day that I was to be celebrating my child.
See, even before I started questioning anything, I inherently knew that having my baby circumcised would be extremely painful for the both of us, but obviously more for my precious new perfect baby. So instead of saying, “No he wont be circumcised,” I decided to separate the party from the act of genital cutting. I didn’t realize that I had an option—and I said every superficial stupid thing to myself about why it had to be done.

Twelve months later we were expecting again and we learned we were having a boy. Immediately the thought of circumcision came back to me. I remembered my cousin’s bris. I remembered wine being put on a cloth and given to him to suck on. I remembered my grandfather holding his legs down. I remembered the look on my aunt’s face. She was visibly upset and shaken. The day didn’t seem like a celebration of a new life, but something else. Something was wrong here. Every single woman in attendance had a twisted look of horror on her face during the cutting. After, it was bagels and lox and everyone was all happy again.

By the time I learned I’d be having a son, I had met many mothers who kept their sons intact and I was open to hearing why they chose not to circumcise. I started researching, except I didn’t really have to. It took me 2 minutes into one video (“Child Circumcision: An Elephant in the Hospital” by Ryan McAllister, Ph.D.) to realize something I had known all along—circumcision is wrong.

I started obsessively posting my findings on my Facebook wall. I lost many friends and sparked many arguments from those who had their sons cut years earlier. Little did I know my husband Stephen would be reading these. I was shocked since he isn’t much of a social media guy. One day I approached him and said, “I picked out his name want to hear it oh and we aren’t circumcising him.” He replied, “Okay I figured.” He told me he had been reading the articles I posted and that he agreed with everything.

Now to tell my family. I gently gave them articles to read and we openly discussed every aspect of the argument. It wasn’t that I needed my parents approval not to cut my sons penis, it was that I wanted them to understand, I wanted them to see what I saw; genital cutting for any reason is wrong. They both easily saw the light and would later be in my corner for any argument that arose, and of course it did.

Gunnar was born at home in a birth tub in my bedroom. He was beautiful and amazing. The phone calls started coming, when is the bris? What can we bring? I had to tell family friends that there wouldn’t be one. I heard many responses: “He will give HIV to everyone.” “He will get made fun of.” “He won’t be considered Jewish.” These comments didn’t hurt or concern me. I had armed myself with education, confidence, and a beautiful baby boy.

I was bat mitzvah’d at the age of 13, I studied the torah and attended temple regularly growing up. My father was raised Orthodox and grew up in a very orthodox town.

Katz-Lahey is 29 year old Long Island Native, wife, and mother. Her passions include her natural parenting and family blog, photography, volunteer firefighting, and kids fashion. Follow her on Instagram @ready.set.chaos.