By Lisa Braver Moss
Special to Beyond the Bris 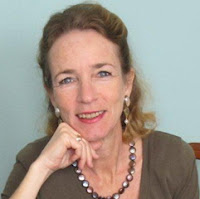 If you follow circumcision in the news, you’ve been busy lately. And if you happen to like journalism that’s baffling—well, there’s been plenty to enjoy.

The Atlantic, for example, recently ran a piece about a married couple facing the circumcision decision. Like so many publications, the magazine apparently thought it had to be balanced about the parents’ opposing points of view. The highlighted quote: “We quickly realized that neither of us had any rational reason to feel strongly about the subject.”

Wait, these parents are equally irrational? One thinks baby should be left intact, while the other is advocating for surgery with no medical condition present. Those are both illogical?

Meanwhile, Kera News, part of National Public Radio’s digital network, reports that two groups of Alaska pediatricians are “taking a stand” on circumcision. At first I thought these docs were pointing out the folly of routine surgery on healthy infants, or maybe protesting the recent American Academy of Pediatrics’ statement that as good as endorses circumcision.

No such luck. After concluding that local hospitals’ charges for circumcision were wildly divergent and in some cases exorbitant, the Alaska pediatricians have decided to move the procedure to their private offices.

Then of course, the recent birth of royal baby George across the pond generated a lot of news. The Huffington Post ran a piece speculating about the royals’ imminent decision, and titled it “The Royal Snip.”

Snip? Snip is scissors opening up a pesky package of salted peanuts. Snip is a hair trim. Snip is hardly the word for circumcision, which removes not only the sexually sensitive foreskin tissue, but the entire epithelial lining, leaving the glans of the penis completely exposed.

Moving along one continent to the south, we have the stranger-than-fiction situation in Africa, where certain progressive communities are working hard to eradicate female genital cutting. Not such a rosy picture for males. Almost every day, throughout Africa’s so-called “circumcision season,” which runs in the summer months, thousands of young boys and men are left sick, mutilated or dying from their rite-of-passage circumcisions. The tragedy taking place in Africa was recently reported in the Wall Street Journal.

There should be an outcry against these deadly practices, as with female genital cutting. Instead, the World Health Organization is working doggedly to circumcise all the men of Africa under the scientifically dubious claim of HIV prevention. Circumcisions performed in clinical settings aren’t necessarily safe, either. Just a few weeks ago, a four-year-old boy died after being circumcised by a doctor in a Johannesburg Medi-Cross clinic.

Often, mainstream journalists don’t even question the premise that mass circumcision is the best option in combating HIV. If it were the best, then why does the U.S., with the highest proportion of circumcised males in the developed world, have more HIV cases per capita than any other developed nation?

Conditions may be different in undeveloped countries, but it seems crazy that the U.S. just committed funding for another 4.7 million African circumcisions by the end of this year. Condoms have been proven more effective in reducing the spread of AIDS than circumcision. Who is profiting from the African circumcision effort?

In American medical practice alone, there are questions journalists should be asking. For example, circumcision is said to be a safe procedure when done by a trained professional. But how can its safety be claimed when no systematic study has ever been done on its risks? Also, reporters often mention the potential health benefits of circumcision with no reference to its drawbacks—i.e., without explaining that studies have now established the sexual nature, and physiological function, of foreskin tissue.

And how many babies die from circumcisions each year? Such deaths appear to be very rare in the U.S., but incredibly, they’ve often been attributed to secondary causes such as sepsis and hemorrhage rather than to their actual cause. That’s quite a statement about first-world medicine—and quite a scoop for an enterprising journalist. So where’s the story?

Look, I’m not an investigative reporter. But many of the news articles about circumcision wouldn’t pass muster in Journalism 101. “Dig deeper,” the instructor might say. “I don’t buy this; what are you leaving out?” “Remember the five ‘w’s.” “Um, have you considered a different major?”

As for me—I did consider a different major. An English major. And eventually, I wrote a novel called The Measure of His Grief. It’s about Jewish doctor who experiences a strange flashback, and ends up waging an anti-circumcision campaign—and then, pursuing foreskin restoration. As outlandish as all this may sound, I guarantee there aren’t nearly as many loose ends as there are in typical news stories on the topic. The Measure of His Grief is available in paperback, and it’s just come out on Kindle!

Lisa Braver Moss writes nonfiction books and essays as well as fiction. Her work has appeared in the Huffington Post, Tikkun, Parents and other national magazines. Earlier this month, The Measure of His Grief was released on Kindle. As of the writing of this essay it has been downloaded over 1500 times.