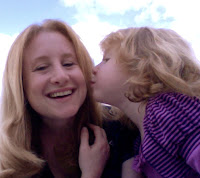 Being Jewish and opposed to circumcision can feel lonely. I know there are families who’ve decided to leave their sons intact, but all of my close Jewish friends (and gentile for that matter) have chosen to circumcise, or plan to, if they have sons. I don’t live on the progressive West Coast.

While some of my friends are aware of my views about childhood cutting (I won’t attend a bris) I rarely discuss how I feel unless asked. I try not to tell friends how I think they should lead their lives. I’ve found that telling people what I think rarely convinces them. Whether the subject is circumcision, or anything else, everyone must discover their own truth.

Not long ago, however, a dear friend challenged me to persuade her not to circumcise. She was pregnant with a boy and said the main reason she was planning to circumcise him was because it would be very upsetting to her family, especially her father, if she didn’t. He has embraced religious Judaism in his older years.

I felt my friend was genuinely turning to me for information, but I didn’t want end up arguing with her or putting her on the defensive. Pregnancy is such a special time and I hated the idea of making my friend feel badly, in any way, especially when she was so happy and excited about the upcoming birth of her son.

At the same time, I have strong views about male infant circumcision. I believe it’s harmful. Not only to the newborn babies who must endure it, but also to the grown men who have had a healthy, functioning part of their genitals permanently removed without their consent. So I dropped off several books, and a few films, that covered the range of arguments against circumcision. Many of these materials addressed Jewish concerns. Several months later, having had her boy and circumcising him, she returned the materials. “I never looked at them,” she said. “I didn’t want to know.” Her heart seemed heavy.

Although she is a good friend, I turned down the invitation to attend her son’s bris and the celebration that followed. I heard from others who did attend that the circumcision procedure seemed to last forever and the baby cried inconsolably.

In the days that followed there was much concern over the healing process. My friend hadn’t expected to see and have to care for a real wound. There were multiple trips to the pediatrician’s office. I didn’t discuss this with my friend at length, but I’m sure the ordeal was upsetting for all involved and put a damper on this very joyous time in my friend’s life.

This experience has led me to consider what it will really take for people change their hearts and minds about childhood cutting, especially in the Jewish context where it so valued. The friend I write about here is a very good mom. She is someone I myself have turned to for parenting advice. She is also open-minded and unconventional. The fact that she wouldn’t—maybe couldn’t—even look at the case against circumcision has solidified my feeling that even with the best evidence on hand, it is going to be extremely difficult to persuade someone in my friend’s position not to circumcise their child.

In my view, a cultural shift, more so than convincing arguments, will be what it takes to turn the tide against circumcision.

Apart from me, everyone in my friend’s life was advocating for her son’s genitals to be cut. Her instincts as a mother may have given her some pause, but that was no match for the society that had long ago convinced her the circumcised penis was the normal version, and that slicing away part of her son’s sex organ would benefit him, or at least not be that harmful.

Thanks to opponents of childhood cutting worldwide, the circumcision of non-consenting male children is starting to be recognized as being on par with the circumcision of non-consenting girls. While there are important differences, both are reductive procedures that permanently impact sexual functioning to some degree. Many of the justifications for cutting boys are the same as those cited for cutting girls, including improved health, the perception of cleanliness, and the deeply held belief cutting is an indispensable part of the culture in which it occurs.

The reality of male infant circumcision—what it is, and what it really does—is readily available for those who can bring themselves to look and can do so with an open mind. Anyone who’s curious, and can stomach it, can see the brutality of newborn babies having their foreskins amputated and all this entails. A few hours of research will yield many well-grounded arguments against what I have come to believe is a horrific human act, albeit one that is perpetrated every day by well-intentioned albeit misinformed parents. Perhaps most compelling, for me, are the stories of adult men who desperately wish they had not been so violated.

What is not widely available is a surrounding culture that accepts the principle that no one has the right to amputate another human being’s healthy body part. If Jewish parents are going to reject circumcision, they are going to need more than convincing arguments. They are going to need the support of other Jewish people who reject circumcision, especially Jewish parents who are make the bold choice to leave their sons intact. As a mother who rejected circumcision for her own son, I have created this site with the hope it will be a small step in creating just such a culture.