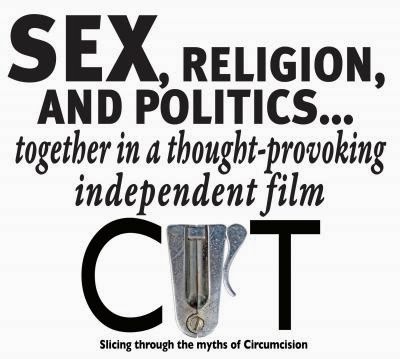 “Cut,” a documentary film that challenges Jewish circumcision, is an official selection at the 2014 Pasadena International Film Festival. The film will be shown on February 13 at 3:30p.m. at the Laemmle Playhouse 7 in Pasadena, CA. A special thank you goes out to Danielle Gladding, who made this possible.

For those who would like to own a copy of this incredible film, now is a great time. Previously, the film was only available as a DVD. Eli Ungar-Sargon, the film’s director, has recently teamed up with an online distributor to allow for digital purchase. The film can now be downloaded for $9.99.

“We’re just very excited to be able to make ‘Cut’ available to the world in a convenient way and at a reasonable price,” Ungar-Sargon says.