Delving into Genesis Code: An Interview With Jamie Metzl 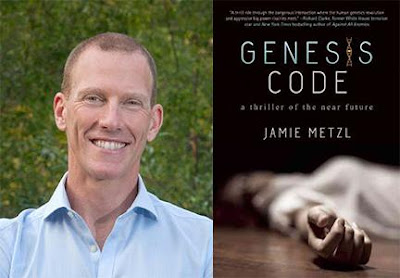 Imagine a world in the near future where sex is just for recreation. A world where hopeful parents-to-be (even those of relatively modest means) go to IVF clinics to pre-select embryos based on their genetic desirability—and where genetic enhancement through various techniques is possible. This is the world of Jamie Metzl’s newest book, Genesis Code: A Thriller of the Near Future (Arcade Publishing, 2014). The book imagines a “space race” of sorts between the United States and China, where the superpowers are racing to create a generation of Ubermensch, individuals who possess exceptionally high intelligence.