I was a Soviet Jew who chose to get circumcised after making Aliyah to Israel. Now I regret it. 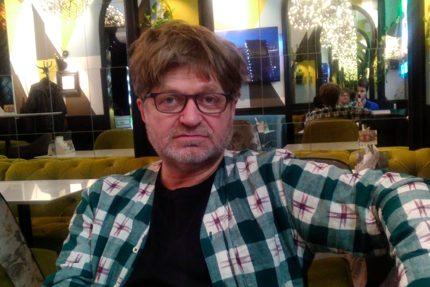 By YAKOV ZISSER — I was born in Siberia, Russia, in 1957. My parents and grandparents were originally Latvian Jews. As an independent country, Latvia had a small Jewish population where Jews had schools and participated in culture and politics. However the Soviets occupied Latvia in 1940. On the eve of Germany’s invasion of Latvia, in June of 1941, Stalin deported about 15,500 Latvian citizens to Siberia and other parts of Soviet Asia. My family was among this group.

At this time there were mass deportations of whole families from the Baltic States with the goal of removing potential political opponents of the Soviets. Men were generally imprisoned, and most died, in Siberian prison camps called “the Gulag.” Women and children were sent to live elsewhere.
Most of the deportees died but my family survived. As it turned out, my family’s deportation almost certainly saved their lives because as soon as Germany invaded Latvia, the German authority immediately began to eliminate the country’s Jewish population. 30,000 Latvian Jews were shot in the autumn of 1941. The remainder were rounded up, put into ghettos, and killed soon after.
Once in Siberia, both my grandfathers were sent to a labor camp. Later my parents were arrested and sentenced to 25 years in prison or camps. The stated motive for their arrest was their Zionist ideas. Stalin died in 1953. Three years later my parents were released from prison. Then I was born.
I grew up in a large town. Things improved for my family. My father, Shmuel Ber, was a musician and played the violin. My mother, Lieba, studied medicine in Novosibirsk, and eventually became a doctor. It was very common for women to be doctors in the Soviet Union. One of my grandfathers worked as an accountant for the local opera theater. I wouldn’t say life was easy, but the family wasn’t under direct threat or economic pressure. 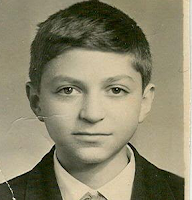 The way of life in our home was mostly secular but some traditions were observed. Yiddish was spoken at home and with friends and relatives. I strongly identified as a Jew. I began to learn Hebrew. Although life was not terrible for us, the Soviet Union lacked freedom. We couldn’t get information and we couldn’t openly identify as Jewish. In 1973, we were able to leave Russia. Many countries were accepting Soviet Jews at this time, and we also could have gone to the United States. We chose Israel. I was the main force pushing for this because of my strong Jewish and Zionist identity.
In Israel, my father was recognized as a Prisoner of Zion — a Jew who was imprisoned or deported for Zionist activity. My mother continued to practice medicine. Now that you know a little about my life, I’ll tell you about my circumcision experience.
When I was born, my father and grandfather wanted to have me circumcised. There was a mohel in a nearby town but my mother refused. She was proud that she protected me from this. I could feel that. 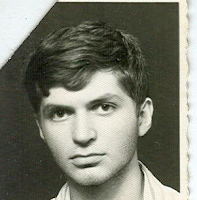 I was 16 when we moved to Israel and soon learned that it was not the norm there to be non-circumcised. I began discussing it with my parents, and my mother warned me not to do it. However, she didn’t talk openly to me about why I shouldn’t be circumcised. I think she was too shy to get into such a discussion. So it happened that after a short acquaintance with an ultra-orthodox rabbi in Bnei Brak, I decided to explore religious Judaism and even go to a Yeshiva to study.
Secretly from my family, I consented to circumcision. I informed my family after the fact. My parents were very sad. My mother, especially, was overwhelmed by sorrow and reminded me that she had warned me not to do this. When the rabbi came to visit me at home, my father told him emphatically, in Yiddish, that he had no right to do this without asking the father!
Following circumcision, the sensations in my penis became dull. While I was religious, this deadened feeling did not bother me too much because I took it as a sacrifice. However, as young people often try on different hats and change their ideas, I soon gave up being religious, stopped going to yeshiva, and entered the Israeli army. I regretted my circumcision.
Maybe if I had no comparison, before and after, being circumcised wouldn’t bother me. But I know what it was like before, how it felt, and I cannot forget what I lost.
Today I have two sons. They were born in 1998 and 2001 and neither is circumcised. I comfort myself with the thought that if I did not have this experience, I probably would have circumcised them. So, at least for them, it’s good I learned about circumcision on my own flesh.
My sons and I still have a lot to talk about with respect to circumcision, and I do plan to have these conversations. They see not being circumcised as a natural state of affairs, but they may be under the impression that whether one is circumcised, or isn’t, doesn’t matter much either way. Many people think this way when they don’t have the comparison I do.
I am not the only man who regrets being circumcised as an adult. Hilo Glazer wrote an important article for Haaretz about many Soviet Jews who came to Israel, got circumcised, and regret it. There is also a massive campaign to circumcise the men of Africa, and many of these men also regret it also.
I would tell parents considering whether to circumcise their boys to please think of my experience. Parents, eventually your boy will become a man with his own ideas. Your son will read about circumcision, and even learn about the many Jewish people who now oppose the practice. There are men all over the world who are rejecting what was done to them in the name of religion, culture, or even “medicine.” Sons are now asking parents why this was done to them, and some are not satisfied with the answer “because of our Jewish heritage” or “because of the Covenant.”

I say, let the Jewish man decide for himself. There will be those who make the same mistake I did, but it will be theirs to make. Some say adult circumcision is “barbaric” so it must be done to an infant. I disagree. As someone who has undergone an adult circumcision, I can tell you the procedure itself is not that bad. For the adult there is appropriate sedation and pain medication after. Why not give men the choice?