New Documentary Film on Wilhelm Reich In the Works 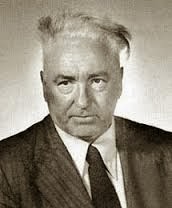 Jewish psychiatrist Wilhelm Reich (1897-1957) wrote passionately against the practice of infant circumcision calling it “one of the worst treatments of children.” Now there is a new documentary film in the works about Reich’s life—and an active Kickstarter campaign to help fund what promises to be a very important project.

Kevin Hinchey, who is a co-director of the Wilhelm Reich Infant Trust Fund in Rangely Maine, will write and direct the film. He says it will set the record straight about Reich’s life and legacy, using the best available historical materials.

Beyond the Bris hopes this important project gets the funding it needs—and that perhaps Reich’s views on the harmfulness of circumcision will be mentioned in the documentary. Today parents from all walks are questioning the practice that Reich so abhorred. Perhaps the circumcision issue will spark a renewed interest in Reich among today’s young parents and parents-to-be.

Please note: click the “K” in the upper left corner of the video box to go directly to the Kickstarter campaign.