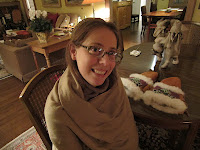 Then God said to Abraham, “You must keep my covenant, you and your descendants after you for the generations to come. This is my covenant with you and your descendants after you, the covenant you are to keep: Every male among you shall be circumcised. You are to undergo circumcision, and it will be the sign of the covenant between me and you. For the generations to come every male among you who is eight days old must be circumcised, including those born in your household or bought with money from a foreigner—those who are not your offspring. Whether born in your household or bought with your money, they must be circumcised. My covenant in your flesh is to be an everlasting covenant. Any uncircumcised male, who has not been circumcised in the flesh, will be cut off from his people; he has broken my covenant.” (Gen. 17:9-14)

I realize I may be making myself enemies, within and without, writing this essay, but here we go: I’m opposed to circumcision. To me, it echoes one too many abusive procedures, on top of the whole consent problem. An eight-day-old child cannot consent to any kind of procedure.
Though I realize many people may object to this statement, I hardly see the difference between circumcision and the “genital mutilation” that many African girls go through. Long run, the only real difference is a person’s sex.
Why is it called mutilation if we’re dealing with girls but given a medical/religious title if concerning boys? Either half, you’re altering a person’s genitals (very likely without their consent) for no valid rationale beyond tradition.
Furthermore, it strikes me as extremely similar to sex assignment surgery often performed to “fix” children who are born intersex.
Surgery of this kind isn’t necessary to protect the child’s health and doesn’t heal any medical problem. All it will fix is the “threat” posed by the child’s different genitals to the society that child happens to live in. Its only purpose is to brand the child as a member of a group, something that can prove problematic, if not outright traumatic, later in life.
Why do guardians of vulnerable children feel they must make a decision so surgery can be done “on time?” Why is it so hard for them to let children grow up and come to their own conclusions?
If a child is intersex and assigned the wrong sex due to an unnecessary medical procedure, they’ll be treated harshly for being transgender as they grow up. If a child is circumcised but turns away from Judaism, they may resent having a visible marking of their faith that is excruciating and slow to fix (if they go down the path of foreskin restoration).
No matter why it’s performed, circumcision can leave more than physical scarring. Maimonides knew, centuries ago, that circumcision impacts men’s sex drives, making sex and masturbation more difficult and less pleasurable, in addition to leaving penises “weaker.”
According to Maimonides, circumcision’s job is to cause pain to boys’ members to accomplish the objectives stated above; it’s not about any covenantal accord referred to in scripture.
If it is all about sex, why are teeny infants, who won’t be having any kind of intercourse for years, being subjected to this invasive procedure? Shouldn’t it be of their own accord if they do it? Why is the foreskin, as Jim Bigelo puts it, “the only organ of the human body of either sex over which the parents are given such authority” in North American culture?
On that very day Abraham took his son Ishmael and all those born in his household or bought with his money, every male in his household, and circumcised them, as God told him. Abraham was ninety-nine years old when he was circumcised, and his son Ishmael was thirteen; Abraham and his son Ishmael were both circumcised on that very day. And every male in Abraham’s household, including those born in his household or bought from a foreigner, was circumcised with him. (Gen. 17: 23-27)
Looking at this second set of verses leaves me with many questions, consent top among them. Did all of these boys and men consent to the procedure? Why is it all right for them to be circumcised later but harsher standards implicated for anyone to come in future generations, as explained in the initial set of Torah verses I refer to in this essay?
According to the Talmud, the word for a child ready for circumcision is the same term for a man preparing to marry (chatan). I hardly see any relation between an eight-day-old infant and a groom. One is vulnerable and needs to be protected by those who love him and the other is somebody able to make decisions for himself. Can that lead me to conclude that, if somebody ready for circumcision is akin to a groom, both situations implicate rational decision-making by the party directly affected by the action?
As one intersex person put it: “Parents have to decide whether they want an ‘aesthetically acceptable’ child or a ‘happy, healthy and intact’ child. Before allowing them to decide in favour of the former, the child should better be adopted by someone else who is more tolerant[.]” No matter whether the discussion revolves around circumcision or sex assignment surgery, guardians should consider the message of this quotation in making their decision.
Circumcision will always be hotly debated (as the recent attempt to ban the procedure in San Francisco proved) but long run, it, like any genital surgery, deserves to be chosen by the people who have to live with its effect.
Amy Soule is a resident of Ontario, Canada, who works as an educational assistant helping her students demonstrate their total potential. She is active in her synagogue, helping serve as cantor, baalat korei and gabbi when asked. She is also proud to be a visible as a gay Jewish woman and an activist for causes that involve making sure everyone receives full and equal rights.