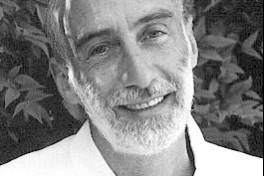 Rabbi Nathan (Natan) Segal, one of the first American rabbis known to conduct naming ceremonies without circumcision for Jewish male infants, died on July 23, 2019, surrounded by family. He was a staunch opponent of brit milah and wrote passionately against the practice.
Born in Chicago in 1949, Segal was an ordained rabbi and cantor, as well as an artist, musician, and naturopathic healer. His interests were wide-ranging, from ancient history and biblical studies to anthropology, science, and technology. A Renaissance man, he could play all western orchestral instruments as well as Indian classical ones.
Segal was ordained in Philadelpha, 1977, as a B’nai Or rabbi, a student of Rabbi Zalman Schachter-Shalomi (1924 — 2014). He then moved to Marin County, California, where he and his brother, Joseph Segal, co-founded the independent synagogue Shabbos Shul in 1977.
Segal and Joseph also performed Jewish folk music together, singing at Woodstock. According to the Woodstock Museum, the brothers came from 12 generations of signing rabbis and there is a video of their performance.
Nathan and Joseph released several albums of Jewish folk music: “Hallel-Songs of Praise” (1975), “Holiday Holiday” (1977), and “From You I Receive” (1987), as well as a CD of selections from those albums “Joseph and Nathan” (1998). 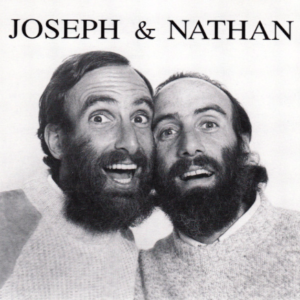 As a the spiritual leader of Shabbos Shul for more than four decades, Segal conducted many life cycle ceremonies but did not support brit milah.
“Genital cutting does not create a ‘mensch’ (a conscious, caring individual). Indeed it is more of an obstacle to our natural development and source of anger and confusion,” Segal wrote on his website, which is currently non-working.
He went on to explain how the practice of brit milah changed from a much less damaging procedure in ancient times (just the tip of the foreskin was cut) to the radical procedure it is today, where the entire foreskin and frenulum are obliterated:
“In the second century, Jews at this time were wanting to participate in the Greek and Roman Olympics. They competed in the nude. The Greeks and Romans only allowed ‘intact’ males, as they celebrated the human form in its wholeness and completeness. So, if a Jewish man wanted to compete, he would hang some weights from his existing foreskin and ‘restore’ himself. Rabbis of this era did not take kindly to this practice of physical assimilation so they instituted two new rituals into the circumcision procedure [complete removal of the entire foreskin and the sucking of blood from the cut penis].”
He goes on to write: “This has got to stop, it is endangering the sexual integrity and health of our men and women and it has major potential for further dividing the Jewish people. Our task as Jews is to be a ‘light unto the nations,’ and to be a holy people. Circumcision does not contribute to either of these principles. More and more Jews are choosing to not circumcise their boys. Thank God! And just as we accept Jews who do not keep kosher or observe as we do, we recognize the amazing diversity of practice and belief that is part and parcel of our astounding heritage.”

Segal is laid to rest at Fernwood Cemetery in Mill Valley, California. A celebration of his life will take place on Sunday, September 22, from 2-5 p.m. at the Strawberry Recreation Center in Mill Valley California. The Segal family has created a memorial fund.