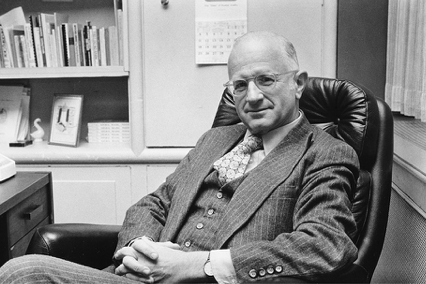 Beloved by many for his practical advice, Mendelsohn encouraged people to take a judicious approach to their medical care. He was a proponent of natural childbirth, breastfeeding, and limited medical intervention, while warning against the overuse of prescription medications and unnecessary surgery, which he called “ritual mutilation.”

Mendelsohn’s advice was straightforward: question your doctor, learn about the potential negative side effects of medications, get second opinions, and try more natural approaches first. Although his views sometimes went against the prevailing medical establishment, much of what he cautioned about has been done away with by present day medicine, including routine C-sections, hysterectomies, and tonsillectomies.

Mendelsohn was a practicing Jew, who particularly enjoyed lecturing before Chassidic audiences. He referred to the wisdom of Jewish sages who likewise took a modest approach to medical treatment:

The Gemara says (Pesachim, 113a) that Rav told his son Chiya, “Do not ingest any unnecessary drugs.” Rashbam explains, “Rav cautioned his son not to take medicines unnecessarily, since he may develop an addiction to them and squander his money on the addiction’s support. Even if he needs the medicine to treat a disease, he should take it only if there is no other equivalent therapy.” Rashi adds, “A drug that alleviates an ailment in one part of the body is often harmful for another part of the body.” In contrast, “a Heaven-sent cure is not accompanied by new threats.” (The Tehillim Treasury, citing the Novominsker Rebbe, Rabbi Nochum Perlow, based on Tehillim 107:20) Ben Yehuyada also comments on this statement from Rav to his son, saying (loose translation), “Taking a drug is like waging war against a disease. Before one joins battle with an ailment in its early stages he should first attempt diplomatic overtures, i.e., a generally healthful lifestyle.”

Mendelsohn was deeply troubled by circumcision, writing and speaking against the practice.

In his book How to Raise a Healthy Child In Spite of Your Doctor (1984) he wrote: “Every generation of doctors has found a new excuse for circumcision…. If your doctor suggests circumcision for your baby boy, ask him why he wants to expose the poor kid to the pain, the possibility of infection or hemorrhage, and the risk of death from a surgery that has no medical justification.”

In earlier books, Mendelsohn said that ritual circumcision had a place in Jewish law and culture but the practice had no legitimacy except as a religious rite. “It provides no established medical benefit, is usually done without analgesics before it is safe to do it, and entails plenty of risks,” he wrote.