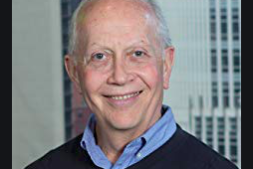 By REBECCA WALD
Earlier this week, Rabbi Tzvee Zahavy penned a fascinating and important piece on the trend of Jews forgoing circumcision for their sons.

“I observe that it is trendy now in some progressive communities in Israel not to circumcise baby boys,” Zahavy writes, noting he has “a devout Jewish friend who was terribly upset when her son in Israel did not circumcise her new grandson last year.”

Zahavy goes beyond recognizing that some Jewish parents are eschewing this ritual choice. He provides further historical context:
“While many Jews assume that circumcision is a universal practice among their fellow Jews, that has not always been entirely true. In the early days of Reform Judaism in the 19th century, some classical Reform Jews openly opposed all rituals, including circumcision.”
Was circumcision a central ritual of ancient Israel? “There’s no sure way to verify in historical retrospect how prevalent a ritual was or was not,” Zahavy says.
Rabbi Zahavy is a notable religious studies scholar with extensive teaching credentials, a graduate of Yeshiva University and Brown, and past chairman of the department and director of University of Minnesota’s Center for Jewish Studies. He’s authored numerous books on Jewish history and religion.
Having engaged with this topic for years, I wasn’t surprised by the content of Zahavy’s remarks on the current situation or history, but I do appreciate his intellectual honesty and willingness to write on this topic.
What I most appreciate, and find so interesting, are the further insights he provides as a Talmudic scholar:
“Obviously, an infant child has no say in the matter of whether to have a circumcision. Usually, other markers of tribal membership are acquired as a child matures. A bar mitzvah commemoration at age 13 is seen by many analysts as a tribal rite of passage into a full adult membership in the Israelite tribe. From circumcision to bar mitzvah, children mostly are left alone, gradually receiving training in the skills and knowledge they will need as adults to be full members of the community.
Recently I saw an example of how some rabbis want to extend some tribal taboos and expand them to apply to children more extensively.
Rabbis at Yeshiva University sent out a featured lesson a short time ago discussing “Balloons, Beach Balls, Bubbles and Kites on Shabbos.” In the description of their inquiry they pointed out that “A number of kids’ toys and games involve the use of air or wind, which present a number of questions regarding their use on Shabbos. This shiur [lesson] outline will discuss the following questions: Is it permissible to inflate a balloon or ball on Shabbos? Is it permissible to blow [soap] bubbles on Shabbos? Is it permissible to fly a kite or release a helium balloon on Shabbos when there is a possibility that it will fly out of the eruv?” (An eruv refers to an area bound by a physical boundary that allows a religious Jew to carry an object in the enclosed neighborhood’s streets.)
Rabbinic laws decree that a child is not subject to certain restrictions in the same way as an adult. Even if you presume that the questions in this inquiry are asked pertaining to the actions of an adult playing with a child, is this whole analysis necessary?
A taboo-maximalist will answer with a resounding Yes. We would not want good Jews to violate any of the technical prohibitions of the Shabbos, would we? But a taboo-minimalist would ask whether we ought to use the talents of our rabbinic experts to work on weightier issues of the law, for the betterment of the ethical and moral life of our communities. We ought to let our kids be kids, to play with their balloons, bubbles, and kites.
The assumption of such a point of view is that children will have plenty of time to be inducted into the full tribal life of Judaism at a later stage of life.
Okay. If you opt to be permissive toward children, then perhaps you would argue that we should delay their circumcision until they are old enough to decide on their own how and whether to assume their full tribal credentials.”
The full text of Rabbi Zahavy’s comment can be found here.