The Emotional Consequences of Circumcision 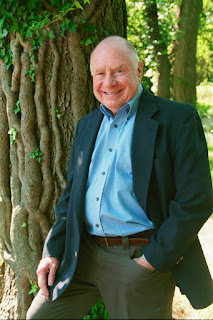 The American Academy of Pediatrics announced in 2012 a change in its policy regarding infant male circumcision. Whereas previously they held “the procedure is not essential to the childʼs current well-being,” now in their carefully worded statement they say “the benefits outweigh the risks.” This reversal comes at a time when circumcision rates are at their lowest point in years in the USA, and when many people around the world are taking a stand against the procedure.

The benefits cited by the AAP are to prevent the potential for physical illness or disease, the evidence of which is questionable at best. There is no reference by the AAP to even the possibility of emotional harm resulting from such a traumatic experience so early in life.

There are countless animal studies showing that traumatic experiences soon after birth cause crippling long term effects. Such studies on human infants, while fewer, also show the damaging effects of early childhood trauma. Apparently, in the eyes of the AAP, such evidence is not considered important.
The earlier an infant is subjected to shocks to their delicate system, the greater the damage. The first days of life are the most critical, as the newborn has not yet developed any defensive mechanisms to deal with pain or separation from the mother. These two traumatic experiences, separation from mother and pain, are harmful and the consequences lifelong.

Just because there remains no conscious memory of events before speech develops doesnʼt mean they are “forgotten.” I can understand the general public may still believe that what cannot be remembered canʼt cause lasting damage. But that a medical organization, representing 60,000 primary care pediatricians, has chosen not to consider longterm emotional damage is nothing less than criminal.

Additionally, the AAP gave no consideration to the emotional pain suffered by some men who are circumcised. These men are now coming forward in great numbers, outraged they were subjected to a procedure that violated their rights as an individual and, more importantly, compromised their sex lives. There can be no question that circumcision negatively impacts the sexual experience. Just this week, media outlets are widely reporting on a new medical study out of Belgium on this very subject.

As a psychiatrist I know that past traumatic events are not forgotten, even when they occur in infancy. They live on, out of conscious awareness, and exert their effects throughout life. During the course of the therapy that I practice, patients often re-experience feelings and emotions buried since infancy. The therapy is called psychiatric orgone therapy, and I encourage people to read and learn more about it. During sessions, I have seen men relive their circumcisions. This doesn’t happen routinely, but it does happen. After the experience the men describe, as best they can with words, the suffering they went through, and some have even reported seeing the face of the person doing the cutting.

When past traumatic events arise in the course of this method of treatment, they come about spontaneously. They are not hallucinations or induced “false memories” and no one witnessing them could think otherwise.

The cause of a great deal of human suffering eludes our understanding and therefore canʼt be prevented, but such is not the case with circumcision. Parents concerned with the emotional welfare of their child, and not just with the possible prevention of medical conditions that seldom occur, will not allow their newborns to be scarred by an unnecessary procedure.

When I am asked by parents about circumcision, I advise them to educate themselves in every way they can. This includes watching videos of the surgery and the effect on the babies. They might also wish to think about how their adult son might feel about having been circumcised.

Richard Schwartzman, D.O. is board-certified in psychiatry. He maintains a private practice in Solebury, PA and is host of the blog Wilhelm Reich Today.