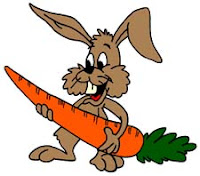 None of this came as a surprise to me, having heard many times before that pets of all stripes must be treated properly as babies, and especially left in the care of their mothers for a sufficient time, otherwise there is often lasting behavioral damage. I know this to be true from my own experience as a young adult, who acquired a lovable pet store puppy that grew up to be an insanely “neurotic” dog, despite my best efforts with a canine behaviorist. The poor animal had been weaned too soon, had its tail docked, and was kept in confinement as a young pup, so even with the best subsequent care, the damage had been done.
Indeed, experts who care for animals in captivity understand something that experts in human beings still fail to recognize, which is that the earliest traumas, those that occur in the first hours, days and weeks of life, can have devastating, lifelong emotional consequences. Edward O. Price writes in his book “Animal Domestication and Behavior” (2002) that: “Stress in early life could predispose animals to stereotypy by affecting the persistence of behaviors exhibited at that time.” Stereotypy is when an animal persistently repeats an act that has no obvious purpose, such as chewing on its cage, pacing, rocking, swimming in circles, excessive sleeping, self mutilation, feather-picking, and the like. According to Price, who cites several sources, stereotypy results from early trauma, such as being cooped up in cage as a youngster, being taken from its mother too soon, or being housed in isolation of other animals.
It has been hypothesized that adult captive animal stereotypy levels may resemble a “behavioral scar” representing the stress level at the onset of the behavior. Some animal researchers have pointed out that stressful experiences may lead to the massive release opioid peptides which sensitize the dopaminergic pathways mediating  behavioral responses to stress. The “scarring” effect may be a consequence of this process. Stereotypy apparently can occur in all species of higher order animals who are at the mercy of humans, and is a recognized sign of psychological distress.
I don’t know whether and to what extent this thinking about stereotypy has been applied to the human animal, but it should give us all something to think about. After all, aren’t we, as humans, also at the mercy of humans during our earliest days of life? Maybe it’s a stretch, but the stereotypical behavior of animals seems to me to correlate with human behaviors I would associate with chronic distress. For example, pacing and rocking could be viewed as hyperactivity; excessive sleeping is a well known sign of depression; and don’t we humans engage in a form of self mutilation with our body piercings, tattoos and genital cutting? Swimming in circles needs no explanation.
In my last post, I said I felt the world would be a better place if we treated children with more tenderness, kindness and respect. I meant this in a concrete way. I believe most human misery has its roots in painful emotional experiences in infancy and early childhood, and that if we solve this problem by understanding and treating all the world’s children better, we will solve the “big” issues that plague our planet. Circumcision is problematic on so many levels, but this one level–that it is a huge emotional and physical insult in the earliest days of life–is one I feel could be explored to great advantage by those opposed to circumcision. It can be explored in well researched, evidence based ways. Doing so would have the capacity to improve our understanding of the human animal in a way that is broader, and therefore even more important, than the circumcision problem standing in isolation.
My contention that early traumatic experiences have the capacity to cause lasting emotional damage flies in the face of popular wisdom that if an event cannot be remembered, it cannot impact us in a negative way. Even those who are open to my ideas about infant trauma may question whether the momentary pain of circumcision could amount to enough trauma to be meaningful. After all, most babies are subjected to medical procedures and minor insults in the early days of life. I don’t claim to know to what extent the event of circumcision might be damaging. I don’t think at this point anyone knows, which is why I would love to see research into this whole arena of the consequences of infant trauma. It would seem to me that any traumas would be cumulative. As far as circumcision goes, trauma would certainly include but not be limited to pain during the operation. One would also have to consider the discomfort during the healing process and the impact upon breastfeeding and mother-infant bonding, among other factors.