Why I Didn’t Choose Circumcision 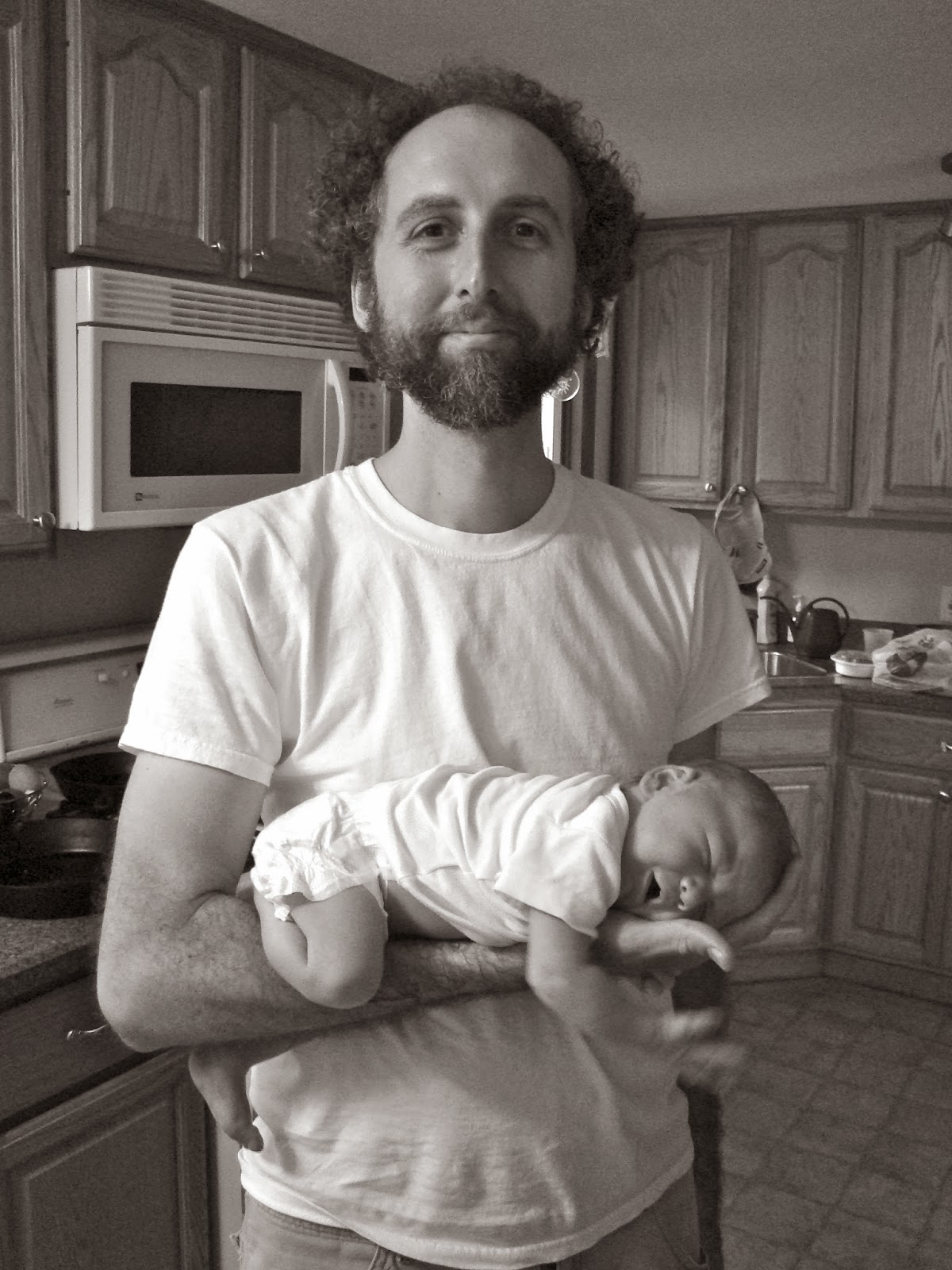 I’m a bit depressed. Our midwife gave me a book about circumcision. I’ve started the book and can’t put it down. I’m not sure that I’ll ever fully recover.

The book tells me that the foreskin is like an eyelid protecting the sensitive mucous membrane underneath. Circumcision removes this protective skin, so the skin underneath keratinizes, meaning it hardens and desensitizes, like a callus. Therefore, the book posits, circumcision removes length and girth from the penis and decreases enjoyment of sex.

You do not say these things to a man. I’m trying to climb out of the hole. I tell myself that most men in the United States are circumcised, so it’s a level playing field. It just means that uncircumcised men are heroes and that we are at a disadvantage when we leave the country.

Now, keep in mind that whether or not sex is less pleasurable without a foreskin is, of course, very difficult to test. Nobody is lining up for a double-blind controlled study: Have sex. Rate it on a scale from 1 to 10. Then lose the foreskin, heal, have sex again with the same partner, and rate it again from 1 to 10. Any takers?

So it’s difficult to test the reduced-pleasure hypothesis. And people don’t talk about it much, so we don’t gather much anecdotal evidence, either. Unless you are a professional sex worker or my friend Adeline, you probably rarely talk about sex, especially the specifics. I don’t even know which of my friends have a foreskin and which don’t. Maybe I’ll ask the question on Facebook: “Share or Like if you have a foreskin.”

In the 1800s, germ theory was gaining attention and people believed circumcision could fight the ultimate germ demon, smegma. Sounds like a Batman villain. They incorrectly believed smegma to be a breeding ground of bacteria. This is hogwash. Smegma is actually found in most animal genitalia and, in fact, serves to clean and lubricate the genitals, moistening the sensitive mucous membrane between the foreskin and the penis. The word smegma itself is Greek for soap.

Lots of folks, these days, defer the decision of whether or not to circumcise to the thinking of the American Academy of Pediatrics. Seems sensible. But the AAP is about as reliable on the matter as Steve Martin’s Theodoric of York, Medieval Barber. The AAP has flip-flopped its position at least four times. In 1971 the academy officially concluded that it was not a medical necessity. In 1989 they announced that there were good medical reasons for it. In 1999 they were neutral, stating in a report that the health benefits of the procedure were slim. And most recently, in 2012, the AAP changed their official stance, saying that the health benefits of circumcision outweigh the risks.

One of the founders of the American Medical Association, Lewis Sayre, in the late 1800s started recommending circumcision to cure paralysis and gross motor problems. He believed that a tight foreskin threw off the nervous system. “Hmm, this patient is paralyzed. Must be a tight penis.”

All this is another perfect example of why we must, in parenting as in life, gather data, but ultimately stay grounded and follow our own hearts and intuition.

In the end, my wife and I chose not to circumcise. People ask me, “What will you tell your son when he asks why his penis is different from yours?” I don’t understand this concern. Why must his penis match mine? Our hair color is different. We have different noses and his teeth are better than mine. Should he get braces and a retainer to mimic my overbite?