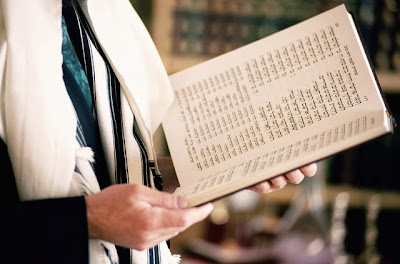 By YECHIEL WEISS
There can be no doubt that bris milah is an important mitzvah. While the Torah does call for circumcision at eight days, there are indeed prominent Jews in the Tanakh who were circumcised later in life. Avraham Avinu was circumcised at 99; tradition holds that he kept the entirety of the written and oral Torah well before matan Torah, meaning he performed the majority of mitzvahs in his life while in an uncircumcised state.
While it may potentially be halakhically serious if neglected, circumcision is not a requirement to be considered a Jew, if one is born of a Jewish mother. If someone uncircumcised happens to be a Kohen, he may even bless other Jewish people.

Bris milah is an interesting mitzvah, in that it has already undergone great historical change. Bris milah was once only properly fulfilled if done in conjunction with metzizah (b’peh or otherwise), as well as the application of cumin powder:

“All necessary acts for circumcision are done on Shabbat [even if it violates Shabbat]: We circumcise, do peri’ah (tear the membrane), do metzitzah (suction), and put a bandage with cumin powder on the wound [to stop the bleeding].”
– Mishnah Shabbat 19:2

Any mohel who does not perform metzitzah causes a sakanah (health danger) and should be banned from the practice.
– Shabbat 133b

No bris milah today includes cumin powder (it has completely fallen out of use) and true metzizah b’peh (a practice that has recently come under fire for health controversies) is increasingly becoming a fringe movement. Many poskim (rabbinical arbiters) hold that these practices are not actual mitzvahs per say, but were done in those times for medical reasons. Nonetheless, it stands to reason that the procedures of bris milah are not immune to change in light of new medical information. No one’s bris is “less valid” if done without metzizah, and mohels are certainly not banned from practice for failing to perform it.

The mitzvah of bris milah was also originally incumbent on the father to perform on his son, yet the practice is now relegated, almost exclusively, to an outside mohel. Few, if any, fathers take the time to learn how to do the mitzvah of bris milah, and instead appoint a shliach to do so, despite the mitzvah’s supposed importance and the z’chus (privilege) they would inevitably receive from doing it themselves.

There is also some historical evidence that the actual Torah mitzvah of bris milah was radically changed by rabbis during the Hellenistic period to include amputating a much larger portion of skin by the peeling act of peri’ah, to prevent Jewish epispasm (stretching of the foreskin remnant to appear as uncircumcised). This historical issue is addressed in the Oxford Dictionary of the Jewish Religion, although rabbinic interpretation disagrees with historical interpretation in this case.

As such, regarding the application of cumin, metzizah, the performance of the mitzvah by the father, and possibly the introduced requirement of peri’ah, it is clear that the particulars of bris milah are subject to change with shifting zeitgeist. This should be extended to age requirements, as argued henceforth.

All forms of Judaism, including the strictest and most Orthodox, place human rights above the ability to perform a mitzvah. This is self-evident in the notion that the Torah is filled with references to human slavery and the laws governing it (Gen. 17:12-13, Ex. 23:12, Lev. 22:11, Lev. 25:46, Deut. 15:12, etc). While Jewish slavery was much more compassionate than other forms of slavery at the time (Ex. 21:2-11), it nonetheless remains a fact that this “more compassionate form of slavery” is not practiced in the modern world. As per the Rambam’s codification of the 613 mitzvahs, many of them entail owning a slave:

However, none of these mitzvahs are practiced at present, and no sane or compassionate Jew yearns to have slaves once again so that such mitzvahs may be performed. It may be interesting to note that the Jews of Ethiopia practiced the Torah laws of slavery right up until 1942, when slavery was outlawed in that country.

Because slavery, in any form, is a blatant human rights abuse, no Jew alive today keeps slaves, despite the many mitzvahs that an institution of slavery would bring him. Judaism always prioritizes human rights, so much so that thousands of opportunities for mitzvahs were abandoned with a tradition deemed to be a human rights violation.

The Current Mitzvah of Bris Milah and Human Rights

The Rambam notes that the purpose of circumcision is to weaken sexual pleasure for the human male:

Similarly with regard to circumcision, one of the reasons for it is, in my opinion, the wish to bring about a decrease in sexual intercourse and a weakening of the organ in question, so that this activity be diminished and the organ be in as quiet a state as possible…The fact that circumcision weakens the faculty of sexual excitement and sometimes perhaps diminishes the pleasure is indubitable. For if at birth this member has been made to bleed and has had its covering taken away from it, it must indubitably be weakened.
–The Guide of the Perplexed

He further asserts that while bris milah does serve a purpose as a cultural identity marker, its reason is first and foremost to permanently reduce both a man’s and a woman’s enjoyment of sex:

The Sages, may their memory be blessed, have explicitly stated: It is hard for a woman with whom an uncircumcised man has had sexual intercourse to separate from him. In my opinion this is the strongest of the reasons for circumcision.

Many prominent acharonim (leading rabbis and poskim, from about the 16th century to the present) hold that the mitzvah of circumcision may in fact lie in the pain that it inflicts on the baby. Rav Aryeh Zvi Frommer (Teshuvas Eretz Tzvi) and Rav Moshe Schwab (Ma’archei Lev) agree with Rav Gedaliah Silverstone (Imrei Yosher), who stated that Avraham Avinu received reward for his bris due to the pain. Rav Shmuel Wosner brings Tehilim 44:23, “For because of you we are killed everyday,” to argue that circumcision is supposed to be painful. Most acharonim hold that milah should be done without topical anesthetic or ointment; more so than the application of anesthetic itself, the acharonim differ mainly on whether this is done because it is more medically advisable or whether the intention of this practice is primarily to inflict pain.

A critical conclusion must be drawn from this: bris milah is a serious procedure with lasting effects, and one that should not be dealt with lightly in the modern world. As per rabbinic sources, present day bris milah at eight days old is done for the purpose of injuring an infant and permanently mutilating his sex organs. It is important to read that sentence again. If the reader has understood, he will find it impossible to defend this practice further. If he cannot find grounds to disagree with it, he must ask himself why he dismisses the Torah’s inherent mitzvahs associated with human slavery. Such a train of thought inevitably begins: “Slavery is wrong because it forces something upon someone against his will.” This train of thought must be carefully examined and reapplied accordingly.

One may well make the assertion that while one is not required to own slaves, bris milah is seemingly mandatory. However, there is no Torah verse discouraging slavery either, and it stands to reason that the practice would bring with it numerous opportunities for mitzvahs. Despite this, no posek would permit a person to keep a slave nowadays, even if he merely wanted more mitzvahs to fulfill. The 21st century views slavery as a human abomination, and despite its prominence in the Torah, Jews have recognized this practice as harmful and unproductive for human welfare, even in its most compassionate of forms.

Circumcision of an infant is increasingly being viewed a human rights violation, and must certainly be viewed as such as stated in the key sentence. This being said, an adult Jewish male is free to choose the procedure for himself and should be encouraged to do so if he so desires. He will certainly be rewarded for his mitzvah (especially if done without anesthetic, though that is optional and not mandatory). However, no one in the modern world has the right to do this to another human without his permission. Circumcision of a baby is a serious malpractice and human rights violation, and must accordingly be viewed the same way all human rights violations are viewed within the Jewish faith.