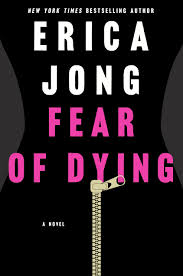 When it comes to Jewish circumcision, Erica Jong has a bad case of dysentery. You know, in the Woody Allen sense, where commentary and dissent merge? It’s a bug that Jong can’t seem to shake.
For those too young to remember, Jong is best known for her 1973 breakout novel Fear of Flying. Back then, John Updike’s review in The New Yorker placed Fear of Flying alongside J.D. Salinger’s Catcher in the Rye and Philip Roth’s Portnoy’s Complaint. Over the past 40 years, Jong has written dozens of other books of fiction, nonfiction and poetry.
I’ve followed Jong ever since reading my mother’s copy of Fear of Flying as a pre-teen. It’s not young adult reading material, but in my house no book on the shelf was off limits. Jong understands the complexities of female sexuality, and writes about these from a distinctly Jewish perspective.

A few years ago, I had a hunch that Jong might have something to say about circumcision. After all, much of her writing has focused on the difficulties men and women face in the bedroom. So I did a quick Google search and—bingo! Up popped a Huffington Post essay she’d written in January of 2008—the day after her second grandson’s bris.

In the essay titled “Next Time, Boychick, We Take the Whole Thing” Jong writes:

Ever wonder why Jewish boys are so fucked up about sex? Ever wonder why they fall for mile-high models from Slovenia who wear those big cold crosses? Ever wonder why they like Chinese girls, Chinese-American girls, Blonde shiksa cheerleaders from Kansas? Or those cool black models who dance like Beyonce? It’s because of the Covenant with Jahwah or G-d: I take this piece of your pecker, with your mother, father, grandfathers and grandmothers looking on, teary eyed. And you think of nothing but your pecker for the rest of your life! ….

Health reasons, my ass. It’s the health of the old impotent grandpas they’re thinking of, not you, little boy. You could learn to push the skin back and wash. We’re not in the desert any more. We have Jacuzzis and steam showers and redwood hot tubs from Californicate. No, folks, it’s the grandpas who love this ritual. The mothers usually run in the other room crying. But they get blamed for it anyway. And Jewish women bear the brunt ever after. Either they marry you and run around with Diana Ross or Beyonce or Naomi Campbell —or they marry Sandra Oh or Lucy Liu or Yoko Ono and she converts….

But whatever the old guys say, circumcision must hurt—even to a baby eight days old who then gets his first taste of wine—pain and alcoholism going hand in rubber glove.

It killed me to see my grandsons marked like this so future Nazis can identify them. What is wrong with the chosen people? Chosen for pain? All the psychological troubles of Jewish men — from Sigmund Freud to Lenny Bernstein to Philip Roth — must stem from this dubious ritual.

Now, in her new novel Fear of Dying, Jong engages in a five-page long diatribe (very similar to her Huffington Post piece)—although this time in the voice of her fictional protagonist, Vanessa Wonderman. (Vanessa is best friend to Fear of Flying protagonist Isadora Wing.) Vanessa reflects on the circumcision of her first grandson, asking: “But how can you ever forget the pain, the fear, the confusion of being eight days old and having your pecker snipped?”

I appreciate Jong’s bravery in tackling this thorny issue. Critics of male infant circumcision are frequently dismissed. In fact, an otherwise favorable New York Times review of Fear of Dying refers to Jong’s circumcision commentary as “disappointing shtick.” However, while I admire her willingness to go out on a limb, and also her wisdom to recognize a harm, I’m a bit surprised by what Jong, who can be so insightful, has left out.

Erica Jong speaks of circumcision harm only in the context of Jewish men. Yet Jong came of age in an America where nearly all males were circumcised regardless of their religion. (This is no longer so. Current estimates place the rate of newborn hospital circumcision around 56%). Moreover, the harm Jong describes is that Jewish men become obsessed with their penises, leading them to do crazy things—like intermarry and have affairs. It’s funny in a Jewish grandmotherly sense, but the discussion feels antiquated beyond Jong’s years, and narrow beyond her experience.

Isadora Wing (the protagonist in Fear of Flying), Vanessa Wonderman, and no doubt Jong herself (as her writing is autobiographical) have struggled to find tenderness in the sexual encounter. I would have liked to see Jong drawing a connection between this struggle and the circumcision of American men more generally. Circumcision is the enemy of tenderness. The newborn is taken from the loving arms of his mother for his first sexual experience: excruciating pain. When he becomes a sexually active adult, he does so with abnormal anatomy and greatly reduced sensitivity, which diminishes the sexual experience for both partners.

There is no doubt that Jong has tapped into the harm of circumcision—her intuition and Freudian roots are leading her in the right direction—but she may not realize the full extent of the damage or, if she does, she may be unwilling to venture far beyond the comic routine.