Uniting the Next Generation of Parents Against Circumcision 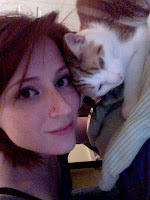 As a nineteen-year-old woman, I only have one friend who is already a parent. She is an incredible mother to her young daughter, whose sex protected her from the circumcision debate. The rest of my peers are college-aged adults who spend an appropriately smaller amount of their free time than I do pondering infant welfare and debating a common practice that was probably performed on themselves or on their brothers. Yet in a few years, these people and I will become the newest generation of parents in America.

Being a left-leaning blogger (and young woman with a fascination for the beauty of reproduction) I’ve fallen into Internet debates about circumcision countless times. For months, I scoffed at anti-circumcision propaganda as nothing more than overzealous people elevating a minor issue out of proportion. I barely skimmed their websites, because, after all, weren’t circumcised penises cleaner than natural ones? Why couldn’t these “intactivists” spend their time advocating for a legitimate cause? No doubt this socially influenced ignorance is the reason so many wonderful parents have circumcised their sons in what they believed was their best interest.

Before becoming an intactivist, I had discussed circumcision with a few friends who were proudly intact, and even after hearing their stories, I pathetically announced, “Well, I’m Jewish. My sons are going to be circumcised. It’s a big cultural thing.” Never mind that my personal relationship to Judaism is religiously lax and that I wear piercings, dyed hair, and makeup. My opinion was unequivocal: When it came to the permanent alteration of my hypothetical children’s genitals, no decision-making process need occur on account of my ethnicity.

It wasn’t until I saw a YouTube video about circumcision from a young woman who was pregnant with twin boys that I understood the disturbing nature of circumcision. A few hours of research on the Internet turned my formerly cavalier attitude about the procedure into a passionate quest to study and defeat it. Spreading knowledge about circumcision to people of all backgrounds is beneficial to our pro-cutting society, but my age group is a particularly important audience for this information because we are the next generation of parents who will be deciding whether to circumcise our sons. So when I realized how urgent I felt about spreading this message to my peers, I considered which pieces of information made me receptive to intactivism so that I could propagate them effectively. The following outlines a small portion of what most strongly influenced my understanding of circumcision as a violation of human rights.

Circumcision is the only unnecessary surgical procedure in the United States that is performed without a patient’s consent. In fact, the United States is the only country in the world that routinely performs the procedure on infants for non-religious reasons. There are no compelling medical benefits to circumcision, but there is an abundance of information illustrating the damage it can create.

In fact, male infants are born with their foreskins fused to the head of the penis like a fingernail is to a nail bed, and cleaning the child’s intact penis requires no more effort than wiping a finger. The foreskin does not need to be especially cared for until the boy is several years old and capable of handling this insignificant task. On the contrary, circumcised infants have surgical wounds on their penises for weeks or months following the procedure that can easily become infected by urine and fecal matter in their diapers. This result is certainly far less hygienic than keeping the penis in its natural functioning state and requires parents of circumcised boys to monitor their son’s health much more closely than parents of intact babies.

Foreskin is not merely an extra fold of skin. It serves to protect the glans of the penis and keeps it sensitive by shielding it from external damage from clothing, debris, and excessive air exposure, among many other potential disturbances. When it is amputated, up to 20,000 sexually sensitive nerve endings are removed with it. Without a foreskin, the glans of the penis develops a callous-like layer of keratin over it, which severely reduces sensitivity. This reason partially contributes to the fact that circumcised men have 450% of the chance of developing erectile dysfunction that intact men do. (Shocking, but nonetheless true.) It is no coincidence that Israel and the United States have two of the highest Viagra usage rates in the world.

Mutilation is defined as “the cutting off or permanent destruction of a limb or essential part,” and with the information available today, we can no longer deny that circumcision meets this criterion. Circumcision has physically and emotionally wounded millions of people. Many men regret and mourn the amputation of a body part from a procedure in which they had no choice. Worst of all, these suffering men are the lucky ones. A recent study has estimated that more than 100 infants die every year in the United States alone as the result of complications from circumcision. There are many more non-fatal complications. Many circumcised men enjoy fulfilling sex lives without issues, but this does not outweigh the disturbing implications of this harmful operation.

No penis is superior to another, nor is any vulva. Everyone should have the privilege of loving his or her genitals whether altered or intact. These incredible organs not only bring us intimacy and pleasure, but they are also the vessels through which we create life. Protecting that life is the eternal purpose of any parent, and I implore my peers: as we evolve into mothers and fathers, give your child the freedom to love his body exactly as nature made it. Understand that his cosmetic reconstruction is not your choice.

We spend nine months growing a human being. We have no right to disfigure the miraculous product of that effort with a scalpel.

Molly McFly (a pen name) is a blogger and third-year student at Indiana University, where she majors in Gender Studies and minors in Human Sexuality. She was raised as a Reform Jew in the suburbs of Chicago before moving to her current residence in Bloomington, Indiana.